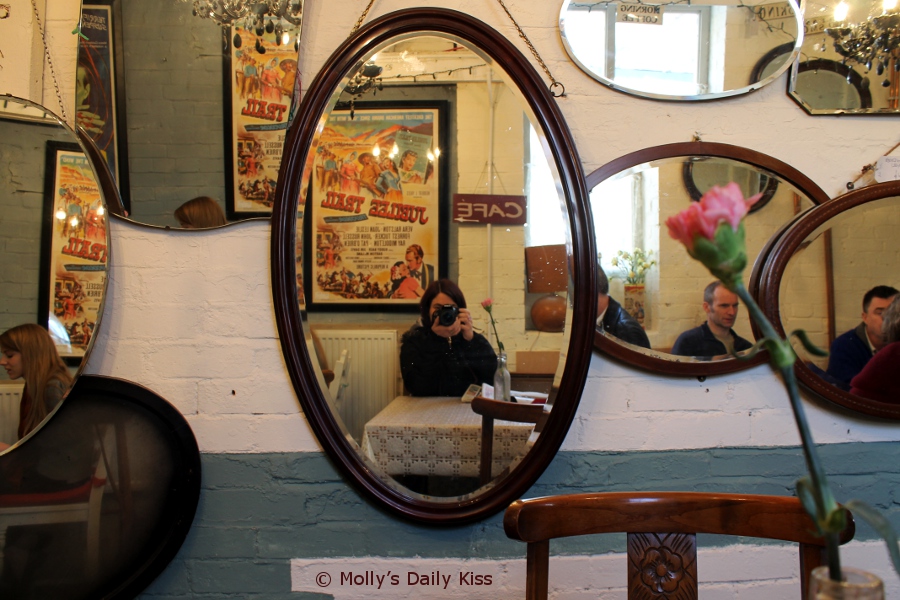 Looking through photographs  I see someone different than who looks at me in the mirror.

The woman in the photograph looks as if she doesn’t have a care in the world, in fact she’s on top of the world and owns it. The one in mirror, you can see the worry in her face, the lines that form as she convinces herself the smile is the same as before.

Then the woman looks at the photographs again, then in the mirror and wonders could it be that the Native Americans were right along? Did the process of the photograph steal her soul and by disrespecting the spirit world is the woman in mirror all that’s left?

3 thoughts on “A Stranger Even to Myself at Times”