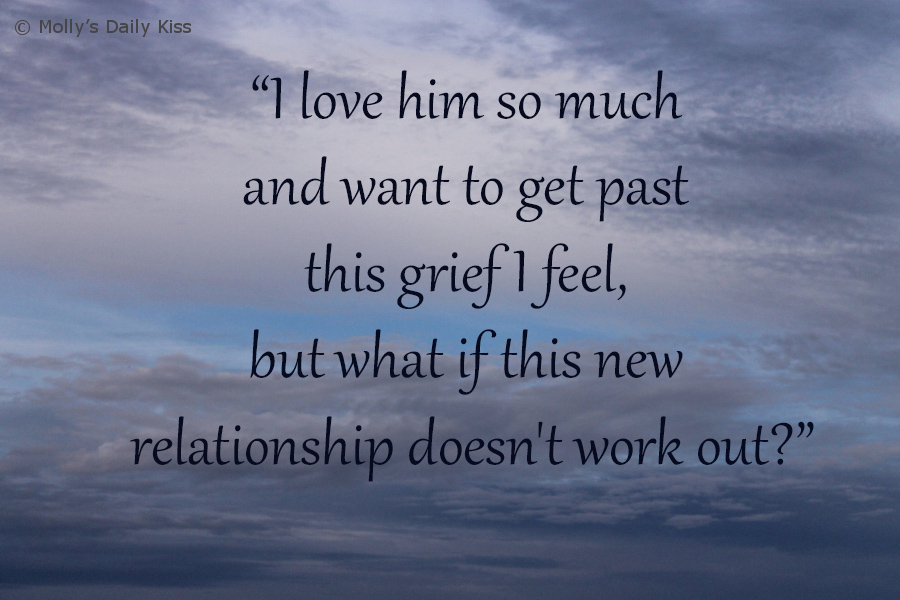 A few years back I posted an anonymous submission after meeting a younger man on line  who I eventually met for real and wrote about where our relationship was at that stage and where it initially went. Our age gap is 22 years.

We’re best friends. After about two years he felt that we were going down a road where there was no future for us, as in he wanted a family and all that entails etc. We split up albeit briefly. We got together again as it just didn’t work for us to be apart, but under the guise of friends with benefits and it’s worked so well for us both. However there was no guide book for what happened when he met someone else to possibly start his future.

He has met someone and has been totally up front with it right from the start but I’m having a tough time dealing with my place in the equation now.

The relationship is new, she is his age and they’ve had sex. He doesn’t love her but he sees a possible future with her. I am happy for him but, of course there had to be a but! I didn’t think it would hurt so much.

He’s very open about his feelings towards me, he still loves me and wants me. But for both of us this next stage of our relationship has brought such confusion to us. He doesn’t want to start his new relationship with a lie, which I totally get but there’s a bond between us that we will both find it hard to deny.

I love him so much and want to get past this grief I feel, but what if this new relationship doesn’t work out? Do I put myself back in the place I was? Put myself back where I know I’m going to keep getting hurt until he finds the one.

I know he’s struggling too, he’s a good man and we always knew the emotional/physical relationship would end at some stage but we didn’t foresee the pain at all.

Any advice would be appreciated. The one thing we both want is to remain in each others lives.

One thought on “What’s my place now?”